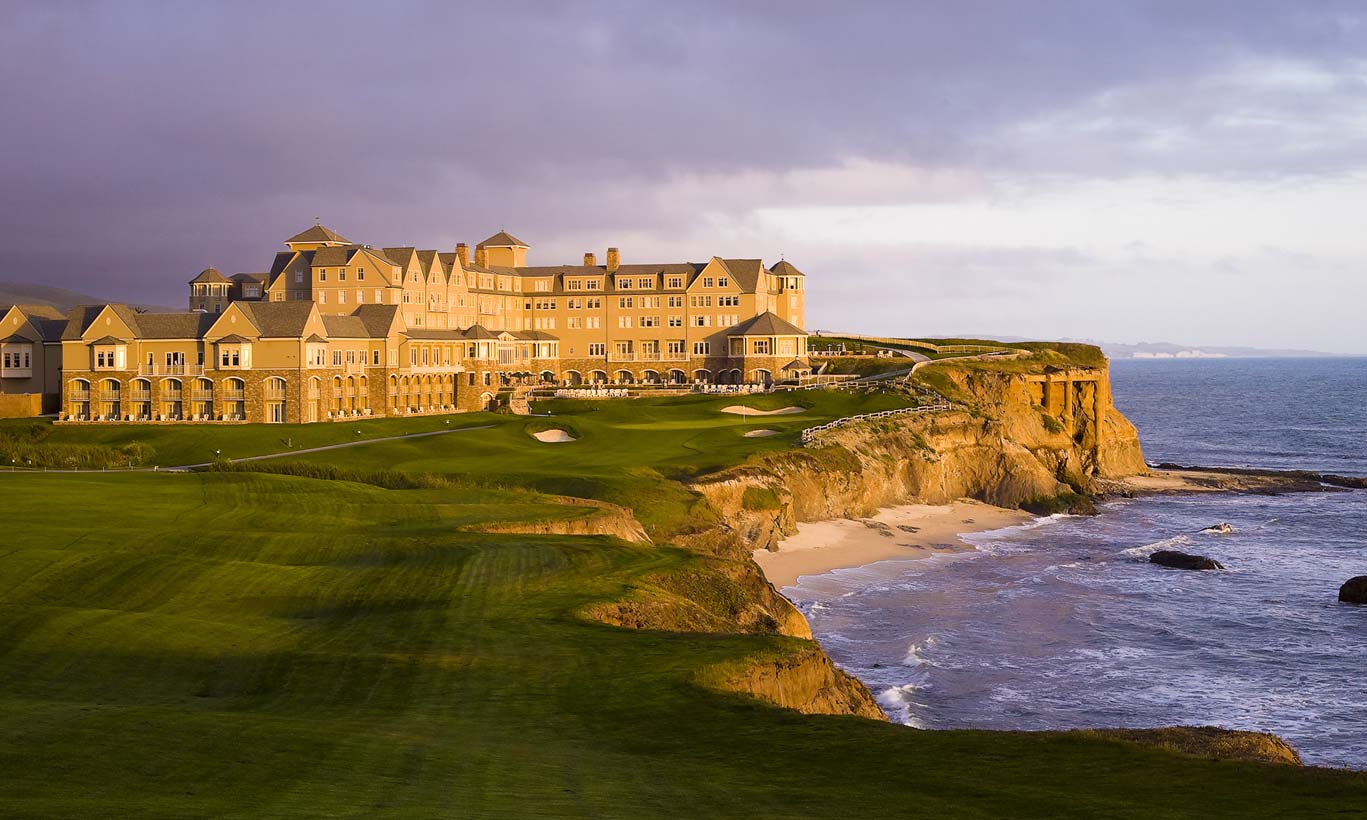 In early 2001, The Athens Group completed construction of a 261-room luxury Ritz-Carlton Resort in Half Moon Bay, California. This destination resort is the only golf resort in the San Francisco Bay area. The hotel was awarded Best New Hotel 2001 by the prestigious American Academy of Hospitality Sciences. In 2002 and 2003 the hotel also received the prestigious 5 Diamond Award. The Ritz-Carlton, Half Moon Bay is a spectacular oceanfront project on 14.4 acres and features a 209-room main hotel lodge as well as three Guest Houses containing an additional 52 hotel rooms and suites. The main lodge also contains 17,000 square feet of meeting and function space, including a 7,100-square-foot ballroom. Food and beverage facilities include Navio, the hotel's signature restaurant, and The Conservatory, a casual lounge with expansive views of the Pacific Ocean. The 15,000-square-foot Ritz-Carlton Spa is located on the lower level of the main lodge, also overlooking the ocean. The hotel is situated between the 18th holes of two oceanfront championship golf courses, the Links Course designed by Arthur Hills & Associates, and the Old Course originally designed by Francis Duane and Arnold Palmer and recently redesigned and renovated by Arthur Hills. For more information, please visit The Ritz-Carlton, Half Moon Bay

Internet Explorer is no longer supported.
Please use a different browser like Edge, Chrome or Firefox to enjoy a full web experience.

It's easy to make the switch.
Enjoy better browsing and increased security.